Select a body or date to display planetary maps 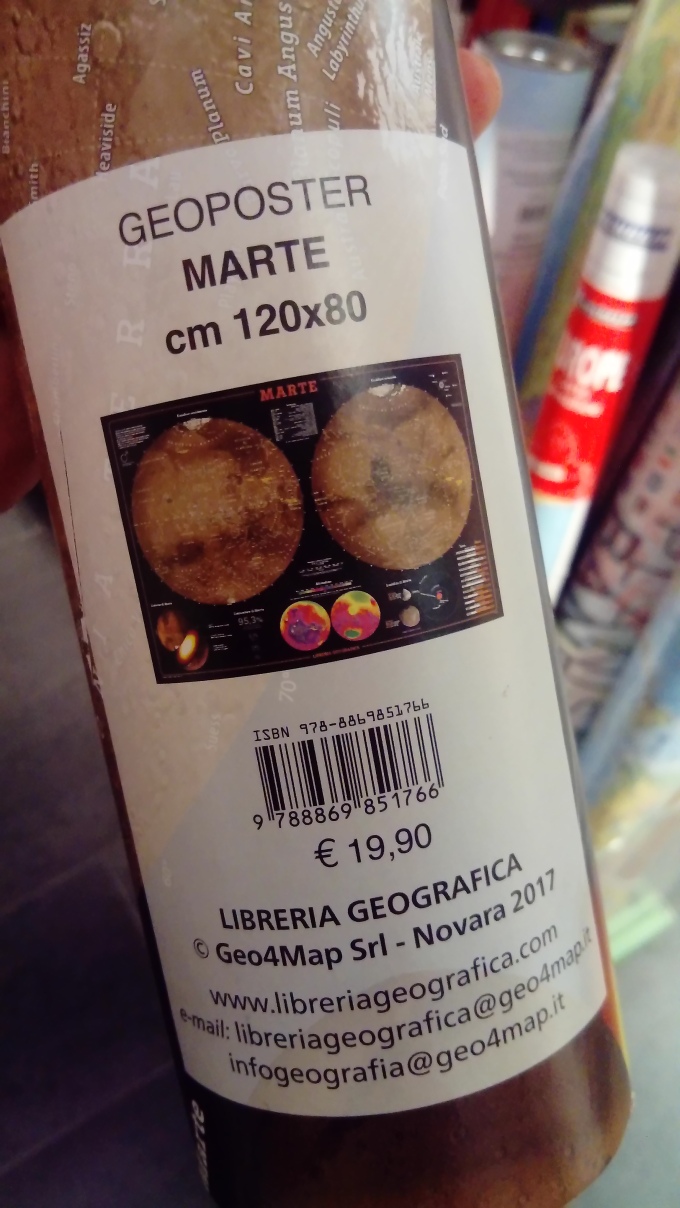 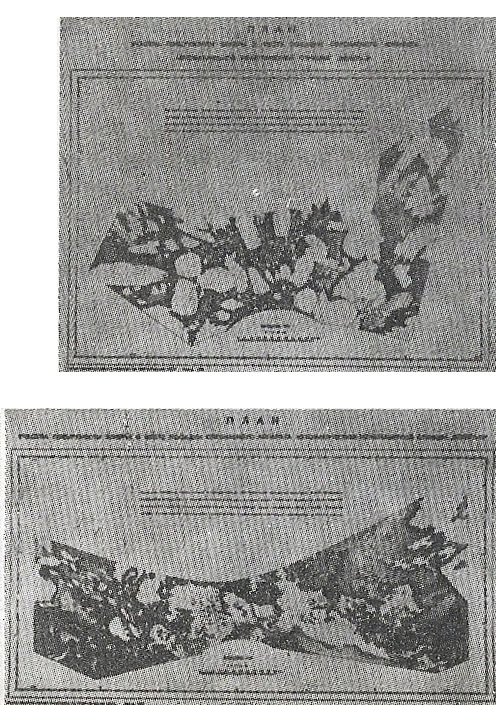 Image source: Atlas of Terrestrial planets and their moons, MIiGAIK, 1992.

The 1958 edition includes the Physiographic division of the Moon that was published only in 1961. Background: ACIC. 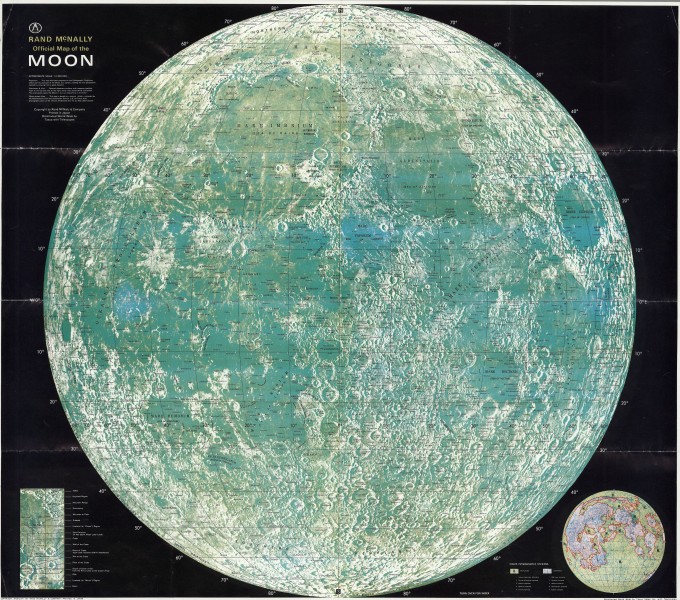 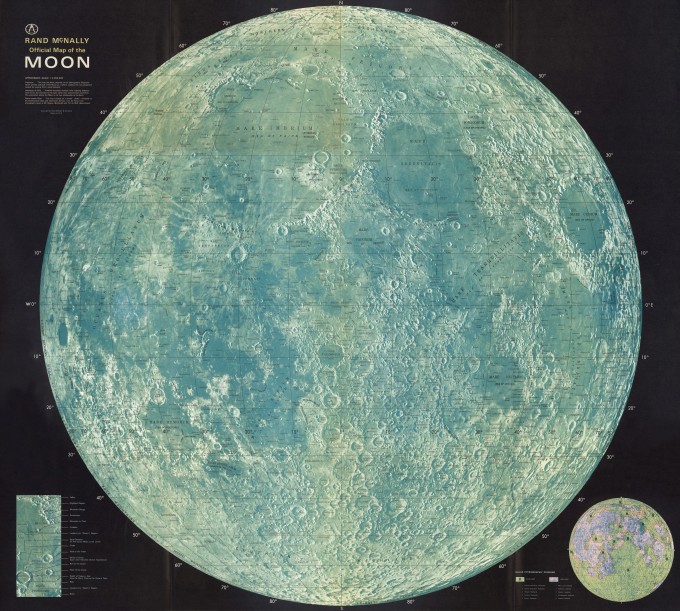 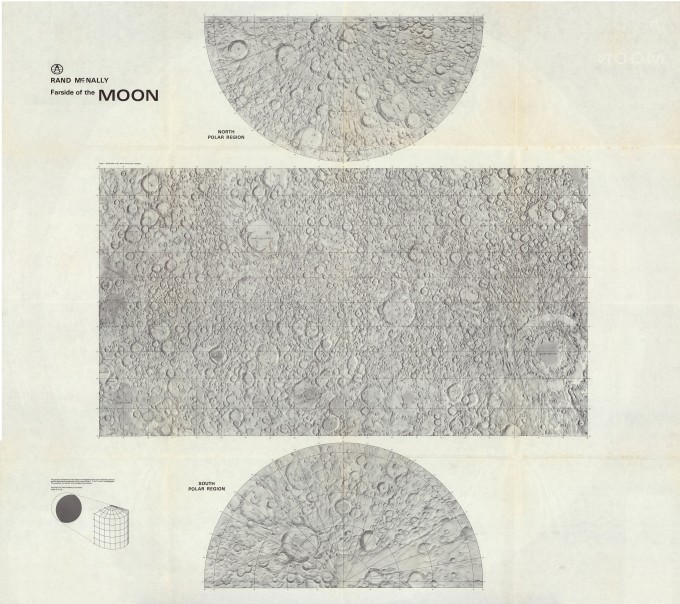 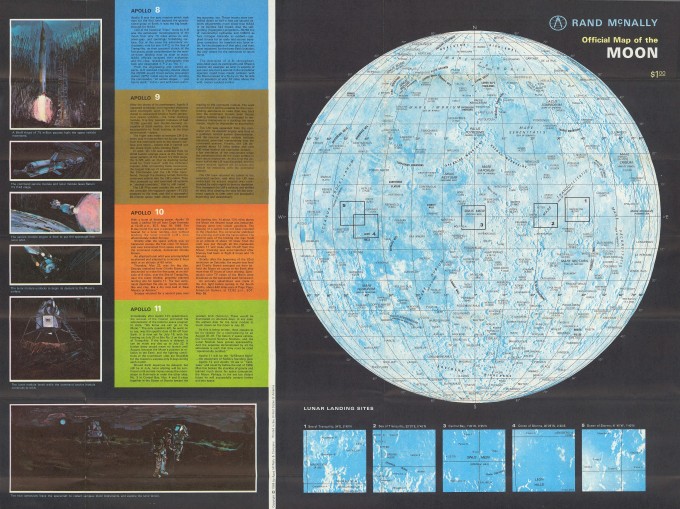 Encyclopedia of Aviation and Space Sciences 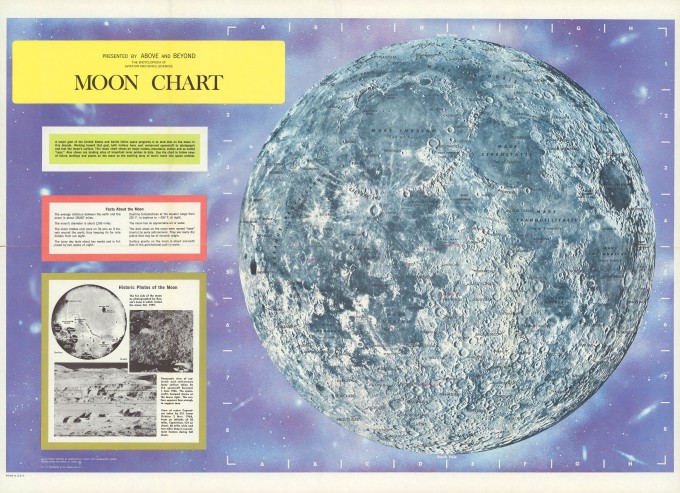 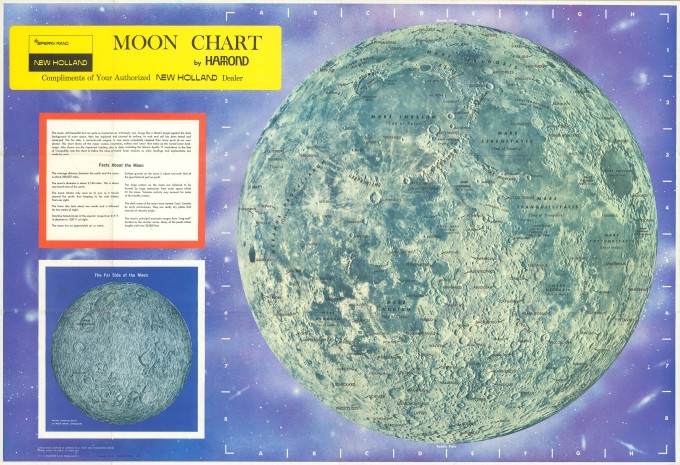 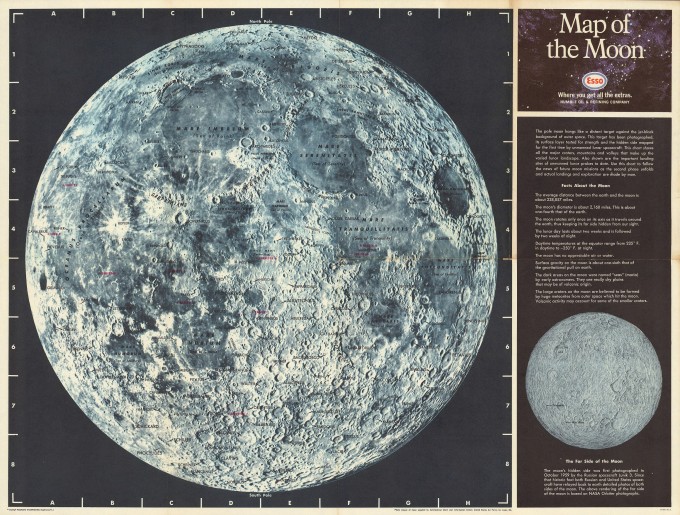 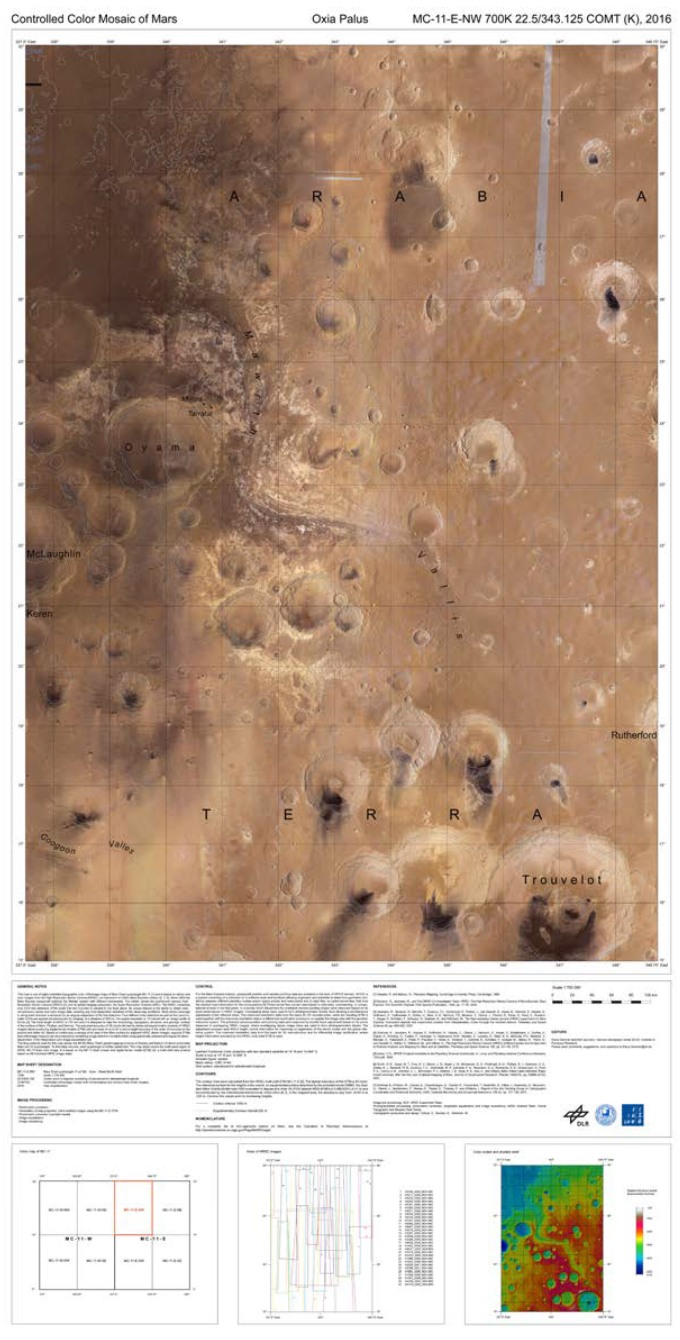 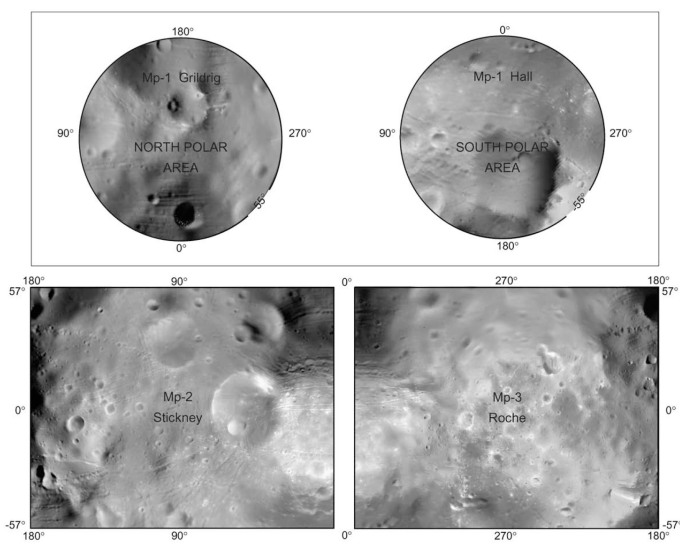 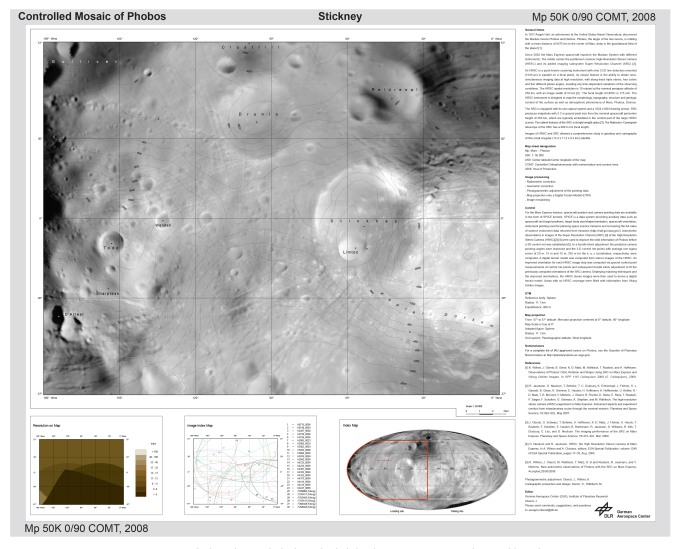 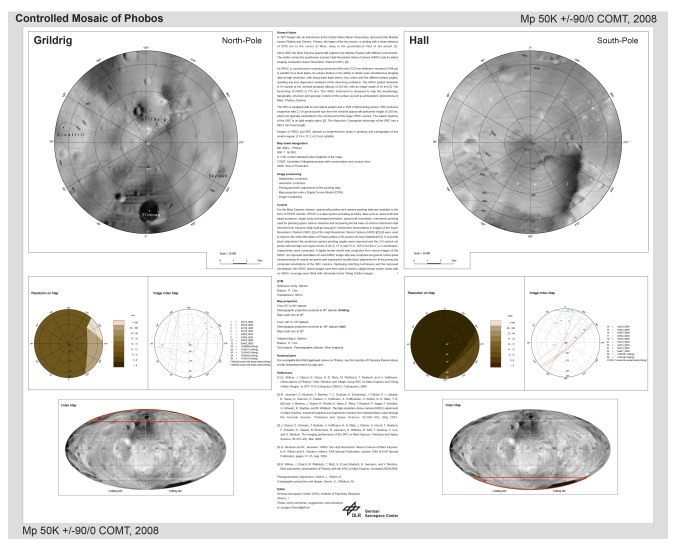 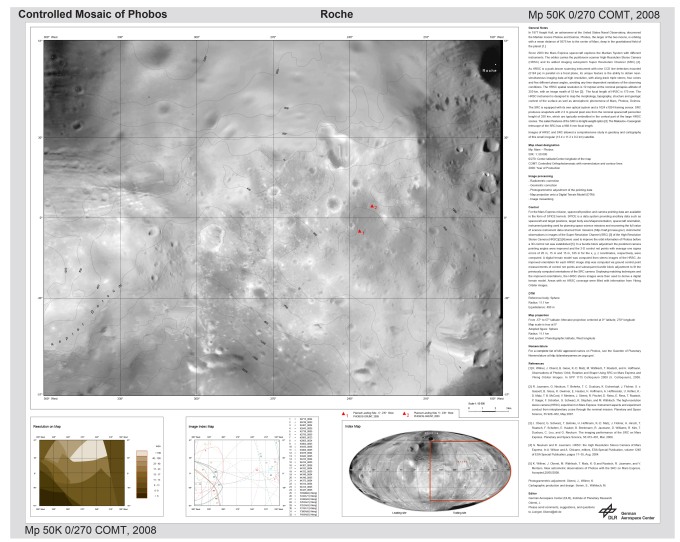 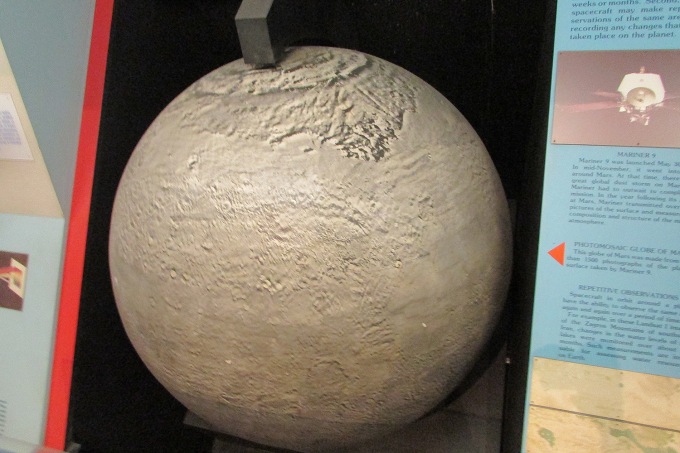 Mosaic made of 1500 Mariner 9 images. This is one of three globes each made manually.

6-foot copy: Displayed in  von Karman auditorium of the JPL campus in Pasadena,

Description (source): “This photomosaic globe of Mars was produced at NASA’s Jet Propulsion Laboratory using photographs from the Mariner 9 spacecraft that imaged the red planet from orbit from 14 November 1971 to 27 October 1972. This globe represents not only the first photomosaic globe of Mars ever made, but the first such photomosaic made of any planetary body. Over 1500 photos were used to produce the original. Each image had to be computer processed to produce consistent shading and to give it the proper geometry for its placement on the globe, and then cut by hand so it could be mosaicked with other overlapping images without interfering with important surface features. The finished globe was then sprayed with a clear protective coating.The original globe was rephotographed in 452 rectangual segments so that copies could be made of the globe through a simple and straightforward process. The globes were completed in September 1973.”

“The originals varied enormously, of course, so once more the computer had to work them over. Finally, it turned out that rectangular photographs were useless because they couldn’t be fitted properly to a spherical surface. The computer couldn’t help with this part of the project; so the irregular pieces needed for actual gluing on the globes were laboriously cut by hand from the large photos.” 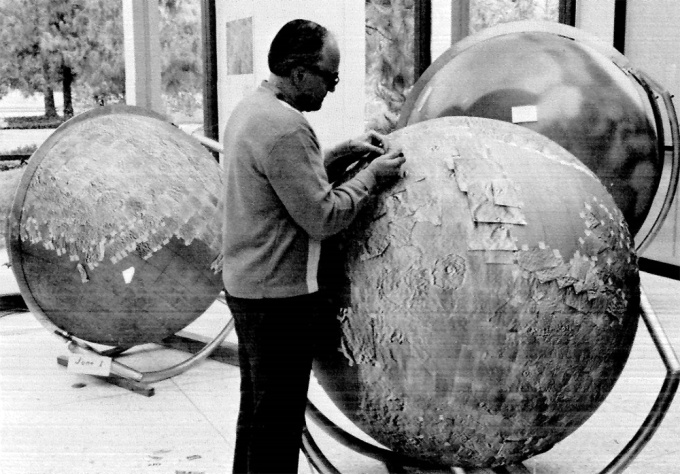 Earl Zimmerman assembling one of the 4-inch globes. NASA/JPL/Engineering and Science 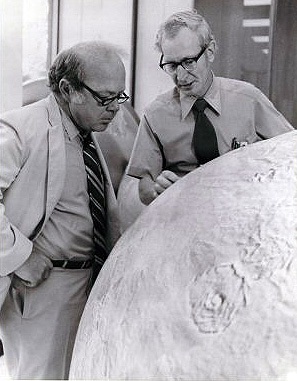 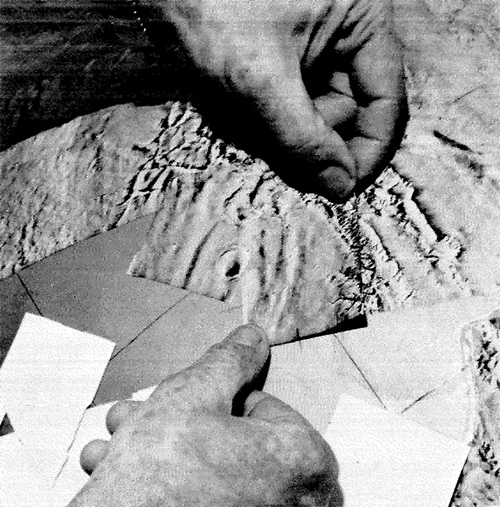 “Gluing down a section is perhaps the most delicate step in the whole process. To do exact matching, a scalpel-like blade is used to trim ‘overlapping sections along feature lines, so that each blends imperceptibly with the others around it.” Engineering and Science 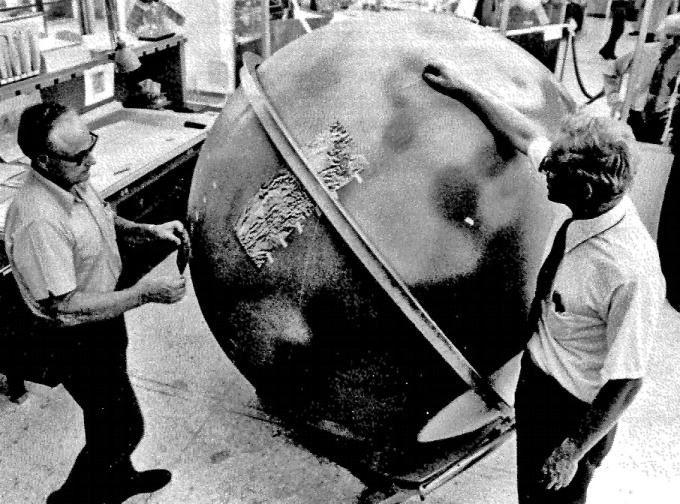 The 6-inch large globe that represents the previous knowlegde of Mars showing albedo markings onto which photographs were glued. (Engineering and Science)